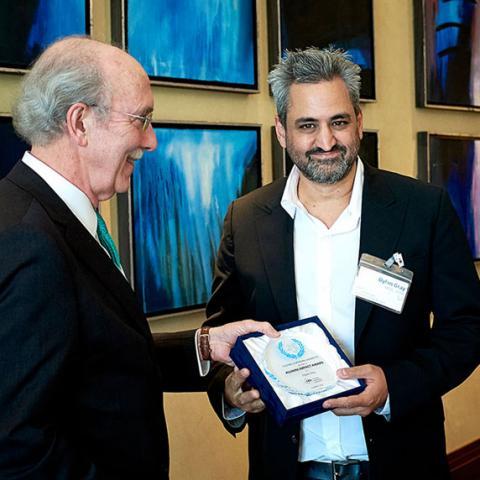 Dylan is an award-winning Indian-Canadian filmmaker best known for his feature documentary 'Fire in the Blood,' which premiered at the 2013 Sundance Film Festival and later that year recorded the longest theatrical run of any non-fiction film in the history of Indian cinema.

Honored with major awards and accolades worldwide, Fire in the Blood has changed the global discussion about access to lifesaving anti-HIV medicine in the global south, and has also prompted special screenings for senior policymakers in Washington, New Delhi, the European Parliament, the United Nations in New York and Geneva, the World Health Assembly and numerous other important fora. Dylan wrote, directed and produced the film.

Dylan fondly recalls his time at the CEU Department of History, where his MA thesis, "A Relief Map of History," focused on the geographic dimensions of national identity in Central and Eastern Europe through a case study in Slovakia.

After CEU, Dylan went on to work on feature films in more than two dozen countries worldwide in close collaboration with many celebrated directors including Fatih Akin, Peter Greenaway, Paul Greengrass, Deepa Mehta and Mira Nair. He has been profiled by numerous leading media outlets, including the BBC, The Guardian, The Times of India, Filmmaker Magazine and The Wall Street Journal.

Dylan lives and works in Mumbai, where he founded his production company Sparkwater India in 2005.