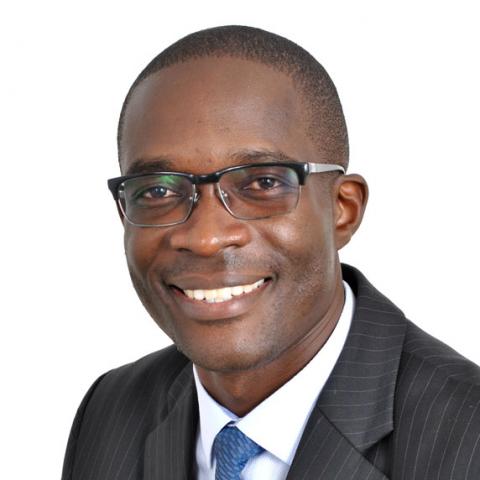 Ezra Chiloba is an electoral reformer and current Chief Executive Officer of Kenya's Independent Electoral and Boundaries Commission (IEBC), the constitutional body responsible for managing that country's elections. His appointment came on the heels of Kenya's disputed 2013 election and scandal at the IEBC. Depicted as a no-nonsense reformer in the Kenyan press, Ezra is leading the rollout of Kenya's 2017 election, with the regaining of public confidence in the electoral process one of his stated goals.

Ezra has extensive experience in the field of democratic governance, plus strategic and program management, policy analysis, leadership, resource mobilization and negotiation, and has written extensively on these issues. His experience is drawn from work with inter-governmental organizations, public institutions, development agencies, and independent research institutions.

He joined the IEBC after serving as the Deputy Team Leader in charge of governance under an international collaboration managed by the Drivers of Accountability Program. This came after five successful years at United Nations Development Program in Kenya where he designed and managed governance projects worth $45 million. He has also worked with organizations including the Kenya National Commission on Human Rights, Oxfam Novib, South Consulting Africa and the Centre for Minority Rights Development, and has managed numerous international donor contracts from the European Union, USAID and others.

In 2015 Ezra was named one of Kenya's Top 40 under-40 Men by that country's Business Daily newspaper. With an MA in Public Policy from CEU and a Bachelor of Laws degree from the University of Nairobi, Kenya, Ezra is currently pursuing a PhD in Political Science at the University of Nairobi with his research focused on institutions and democratization.