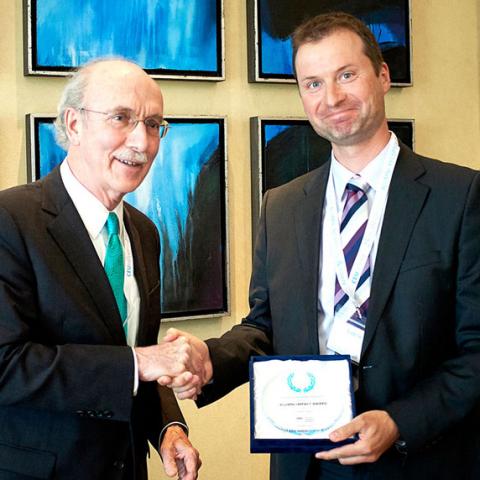 Gabriel is an anti-corruption expert and reformer based in Slovakia. Since 2009 he has served as executive director of Transparency International Slovakia, the country's most influential anti-corruption NGO.

His organization helped introduce radical transparency reforms in Slovakia not adopted elsewhere in the world, such as mandatory online publication of government contracts as well as publicly-accessible judicial contracts and judge performance data. With its public campaigns and rankings, Transparency International Slovakia helped substantially increase transparency for Slovak state-owned companies and municipalities.

Prior to joining Transparency International Slovakia, Gabriel wrote Slovak Press Watch, one of the country's most influential local blogs, which led to the sacking of dozens of plagiarists and also helped improve the ethics and professionalism of Slovak media overall.

Gabriel has served on the boards of journalism prize competitions in Slovakia and the Czech Republic, and in recent years has been among the five most-cited experts on government affairs in Slovakia.