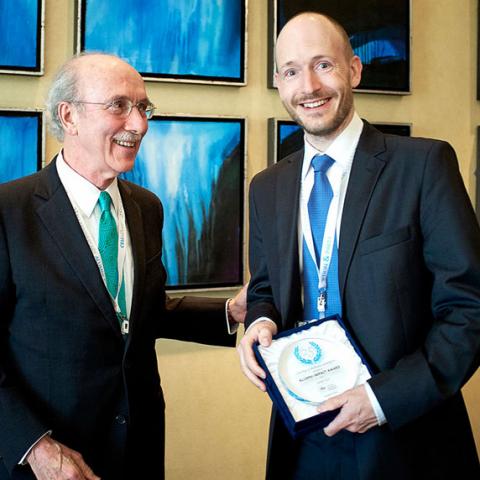 Jakub is a writer, educator and politician currently serving as Third Deputy Mayor in Prague' 11th District. He has been one of the longest standing chapter leaders for CEU and was one of the most active in chapter activities.

In the past 16 years Jakub has authored several academic articles and book chapters, and taught courses at Charles University, the University of New York in Prague / Empire State College, as well as at several summer schools in the Czech capital.

Jakub specializes in topics such as American government and politics, Chinese-American relations, China, Southeast and East Asia and Globalization, and is frequently invited to comment on U.S. politics by Czech TV and radio.

From 2000 to 2014 Jakub worked as editorial director for the media monitoring company EIN News / IPD Group. Since 2014 he has served as full-time deputy mayor of Prague's 11th District.

A proud CEU alumnus, graduating in 1998 with an MA from the Department of Political Science, Jakub also holds an MA in American studies, and a BA in economics, both from Charles University, in Prague. He also spent the 2002-03 academic year as a Fulbright Scholar at Georgia Tech, Atlanta.