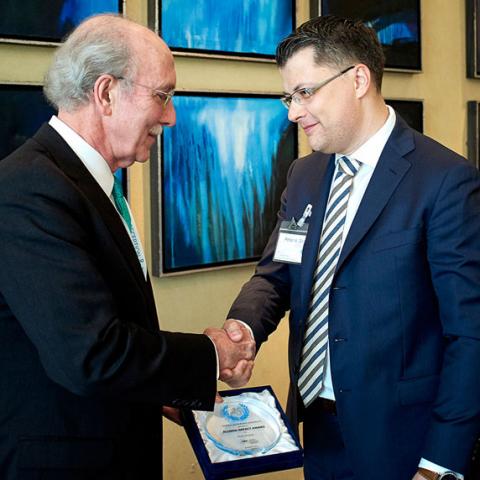 Peter is an economist and head of macroeconomic and fixed income research at VTB Capital in Moscow. He coordinates economics research and debt/FX/interest rates analysis for Russia, Eastern Europe, Sub-Saharan Africa, the Middle East and North African regions where the VTB group has operations. His direct area of responsibility is the countries of the former Soviet Union.

Before joining VTB in 2010, Peter worked as head of credit research at Renaissance Capital, focusing on quasi-sovereign borrowers in the region. Prior to that, Peter led bond research at Rosbank (now part of Societe Generale) and was involved in the development of the municipal bond market in Russia. He and his team were repeatedly ranked in the Institutional Investor's All-Russia and EMEA contests, as well as in the Extel buyside investor voting. Peter has been a CFA charterholder since 2004.

Peter is married and has two daughters, aged seven and three. His hobbies range from sailing to history of the great powers' diplomacy in the Balkans.