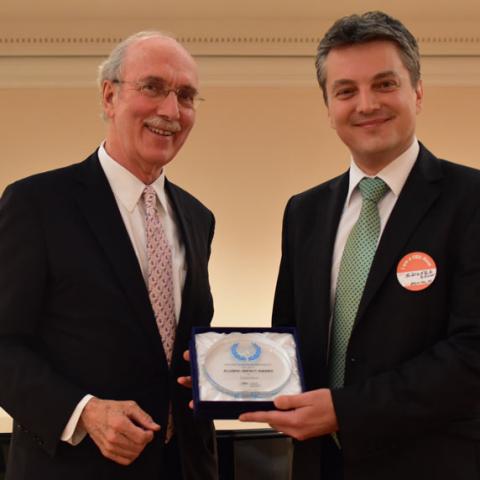 Szilard is an economist with a strong interest in economic policymaking. He currently serves as the Alternate Executive Director of the International Monetary Fund, representing a group of eight Central and Eastern European countries, including his native Hungary, in the IMF Executive Board.

Prior to joining the IMF, Szilard held positions at the Hungarian Ministry for National Economy, the Fiscal Council of Hungary, the Central Bank of Hungary and the European Central Bank. In the latter he was involved in macroeconomic analysis and modelling, and also providing support for economic policymakers.

In addition, his academic research is focused on monetary economics, fiscal policy and macroeconomic modeling, and his work has been published in a number of international journals.

Szilard graduated from CEU in 2009 with a PhD in Economics, after receiving an MA in Economics in 2002, also from CEU. Szilard said he credits the CEU Economics program with having a decisive impact on his life and opening the doors to his career, by providing the needed world-class education, hardly accessible elsewhere in the region.