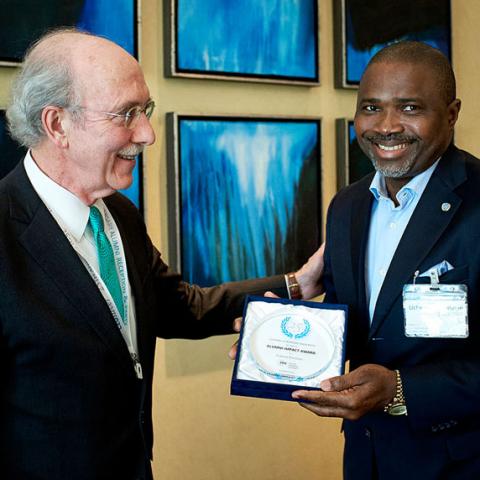 Dr. Uchenna Emelonye currently serves as the Country Representative of the United Nations Office of the High Commissioner for Human Rights (OHCHR) in Uganda.

In 1995 Uchenna was admitted a barrister and solicitor of the Supreme Court of Nigeria in 1995. Amongst numerous peer reviewed articles, Uchenna has authored and contributed chapters to eight books in the field of human rights, protection and rule of law. Uchenna is married to Dr. Abigail Emelonye and they are blessed with three children, Uchenna, Uchechi and Ucheoma.