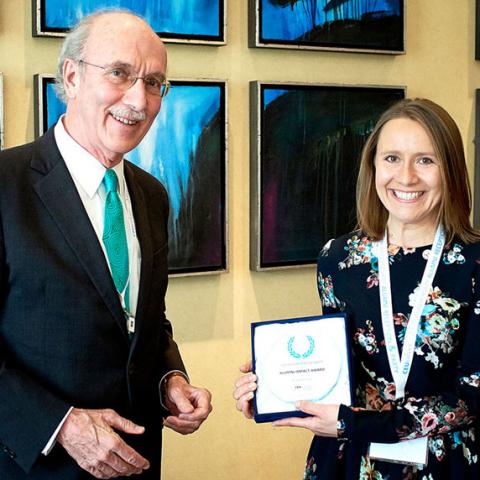 Xenia is a media and entertainment professional, currently working as the Director of Digital Sales EMEA at Paramount Pictures, and longtime alumni volunteer whose dedication to CEU are recognized by the University as well as her fellow alumni.

She graduated from CEU with an MA degree in Political Science in 2004. For eight years, she led CEU's alumni chapter in Russia, helping it grow into a mature and vigorous network of business, NGO and academic professionals. In recognition of her efforts, in 2011 she was granted CEU's 20th Anniversary Alumni Heroes Award.

After graduating CEU, Xenia pursued a diverse career in media and entertainment companies, including several startups, where she grew from being a media analytic to a marketing and sales manager, before finally becoming a business development executive. An expert negotiator, with experience including top-level international negotiations with principal stakeholders, Xenia currently serves as Director of Digital Sales EMEA at Paramount Pictures in London.

A devoted athlete, Xenia has been playing elite level Ultimate Frisbee and for the second year in a row has been selected as a member of the Russian women's national team.

Xenia said she credits CEU with providing her the foundation for her future life. "With its inherent diversity and openness, CEU offers the shortest way to become a truly global mind," she said.