In Her Own Words: Maria Stanisheva 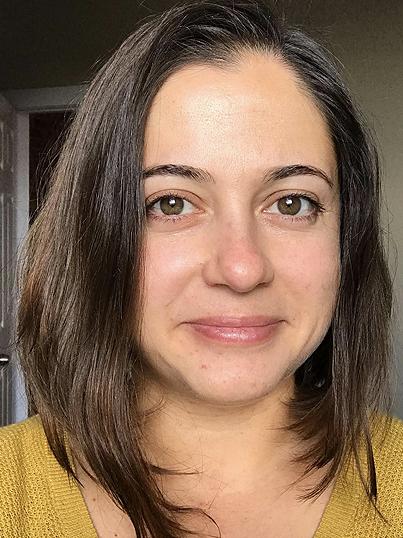 Born and raised in Sofia, Bulgaria and Kaduna, Nigeria, Maria Stanisheva (POLS' 03) is animation and documentary filmmaker splitting her time between Paris and New York.

She is the founder of ANIMADOCS - an independent production house that specializes in animation and documentary projects. Maria has worked on feature films, TV and online series, plus independent and commissioned shorts. She specializes in social issue documentaries, independent animation and experimenting with mixed genres. The animated-documentary FATHER (2012) was screened at over 100 film festivals and awarded 28 times, including the Golden Dove for Animated Film at DOK Leipzig Festival. ANIMADOCS’ work has been featured in the New York Times, the Independent, Euronews and more. Waves of local change, created by Maria’s work for Human Rights Watch have been featured on CNN and BBC.

As a film director, producer and founder of ANIMADOCS, what do you find is the most interesting or meaningful aspect of your job?

ANIMADOCS creates a diverse variety of “art for social change”. We produce independent and commissioned animated and documentary content: films, TV and online series, educational videos, installation art. As a freelance director/producer over the past 10 years, I have worked on topics such as Inclusion of people with disabilities; Minority segregation; Racial inequality; Sexual discrimination; Refugees; Women’s rights; Climate Change etc. I find these to be crucial human rights issues and believe that animated-docs are one of the most effective ways to create much needed social change.

Do you feel your study at CEU helped prepare you for or somehow influenced the work you do now? If so, how?

While I was in High School, Bulgaria was going through social and political upheaval and being involved politically was the norm for me and my peers. Although my entire family consist of architects, it was logical for me to study Political Science at Sofia University, followed by the new MA in “Politics and the Political Economics of the Post-Communist Transition” at CEU. The MA program was unique as it was specifically designed for the change that was happening in Central and Eastern Europe at that point in time and it gave me an incredible insight into critical thinking and contemporary political thought. After graduating I worked for the British Council in Bulgaria and in 2011 I completed the Conservatory Documentary program at the New York Film Academy. Seemingly unrelated, Political Science and Film Studies combined with the jobs I took along the way and the interest and instincts I followed, have led me to the specific niche in which I work today. Revising CEU’s mission statement almost 15 years after graduating, I still endorse it and believe my work contributes to “building open and democratic societies that respect human rights and human dignity”.

You create animated documentaries, many with political, progressive, human rights or social justice themes. Why do you feel these films are important?

I believe art can be a powerful tool for inspiring social change and combining animation and documentary film is one effective way to tackle difficult issues, which are otherwise too painful or even impossible to address and watch. For example, last year we were approached by Human Rights Watch (HRW) to create an animated online awareness campaign, part of Human Rights Watch's report Boxed In: Women and Saudi Arabia’s Male Guardianship System. The report examines the formal and informal barriers women in Saudi Arabia face when attempting to make decisions or take action without the presence or consent of male relative. ANIMADOCS was commissioned to create three short animations, based on three real-life situations shared in the extensive report: a domestic violence assault case where the male guardian is also the abusive husband; an adult woman/widow asking permission from her son to travel abroad; and a minor woman who needs a guardian permission to leave prison; The animated shorts were released in July 2016 and generated over 10 million views which got them the title "HRW's most viewed video on Facebook for 2016”. The campaign was featured in the Independent (UK), the New York Times and EURONEWS and #TogetherToEndMaleGuardianship went viral. According to CNN and BBC the grassroots movement that the campaign created led to over 14,000 Saudi women signing a petition asking for the government policy to be changed. Last month Saudi Arabia announced that it would allow women to drive, ending a longstanding policy that has become a global symbol of the oppression of women in the ultraconservative kingdom. In this case, through our work for Human Rights Watch, ANIMADOCS managed to highlight a crucial human rights issue for women in Saudi Arabia and helped the numerous organizations and activists working in the country to move one step closer to obtaining equal rights for men and women.

On that note, do you feel CEU and CEU’s global community are forces for positive, progressive change?

CEU has an impressive alumni network consisting of active agents of progressive change around the world. Following the recent threat to independent education in Hungary the alumni network acted not only as a supporter but also as an idea-generator for the various actions that took place. I was moved and impressed by the academic, EU and international encouragement that our university received and hope CEU will continue to do what it does best - teach people to respect diversity, look forward and debate their way through difficult times.

You’ve worked on two continents. Has CEU’s global alumni network played a role in your life and/or career?

I’ve lived in 5 different countries and know people who studied at CEU in each one of them. My most recent re-allocation was from New York City to Paris and just last month I had a visit from a close friend and colleague from CEU, together with her partner and their kid Samuel, who is now my godson.

What do you miss most from your student days here?

Playing RISK on the floor of the Kerepesi dorm and Csocsó (table football) at Szimpla Kert with good friends over some nagyfröccs (2:1 white wine and soda water mix).