In His Own Words: Mate Rigo 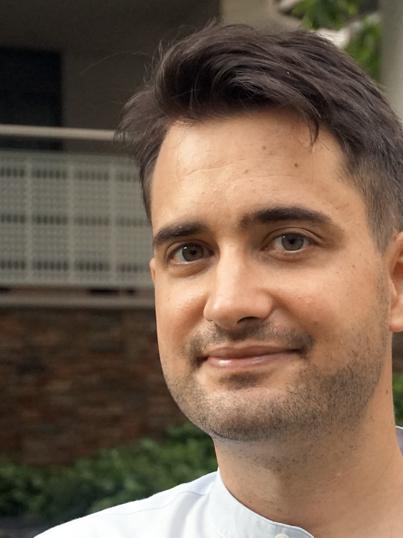 Mate Rigo (HIST ’09) is an accomplished historian focusing on Central and Eastern Europe. He holds a Ph.D. from Cornell University and has spent his academic career on three continents. He currently lives in Singapore, where he teaches at Yale-NUS College. In addition to history, he has a keen interest in literature and the arts.

What do you feel is the most important or impactful aspect of your work?

Learning about European politics and history has an increasing relevance in Southeast Asia today. Just as Europe, Southeast Asia is extremely diverse in languages, cultures, traditions, and memories of the past, so it’s not surprising that there is an interest in Europe’s cultural and historical heritage. Not to mention the legacy of colonialism. There is a strong interest in Russian and East-Central European history as well.

How did study at CEU help prepare you for or influence the work you do now?

The CEU experience enabled me to broaden my geographical and thematic horizons as a historian. At CEU, I’ve met formidable and charismatic professors and colleagues whose linguistic competence and in-depth knowledge of Eastern Europe I admire to this day.

What do you feel is the core value or relevance of CEU, as both an institution and a global community?

Without CEU, the former Eastern Bloc’s young researchers would face many of the same obstacles they did before 1989. In the meantime, CEU has developed into a leading center of empirical and theoretical research on East-Central European politics and societies that makes it a viable choice for graduate study for students coming from other parts of the world.

What role, if any, has CEU’s global alumni community played in your life and / or career?

One can find CEU alumni all around Europe, and to some extent, all around the world. CEU is a household name in my field, thanks to the relevant departments, the Press, and the vibrancy of academic events that constantly put Budapest on the map of world-class historical research.

Do you visit home often? What do you miss about Budapest?

I’m fortunate to have lived and felt home at many places around the world while periodically returning to Budapest. One in twenty Hungarians have left Hungary over the past decade, and I am one of these emigrants. My generation is considerably closer to Hungary than the wave of academics had been who left after 1945 or 1956, which fundamentally questions the extent to which one has even left Budapest. The city has a strong intellectual radiation and CEU is definitely one of the features of Budapest that make it a truly global city. A city to leave and a city to return to.

Category:
In Their Own Words