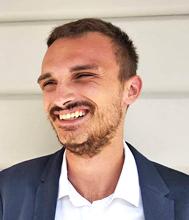 Ivan Nikolovski holds a bachelor degree in Political Science from Ss. Cyril and Methodius University in Skopje. He graduated from the two-year master program at the Political Science Department at CEU in 2017 specializing in Comparative Politics. Ivan finished his studies with the highest-ranking GPA in his group and was awarded the Outstanding Academic Achievement Award. His professional and academic interests are divided societies, European affairs, and international relations. Upon his graduation he returned to Macedonia where he has been working as a junior researcher at the Center for European Integrations within the Institute for Democracy ‘Societas Civilis’- a think tank organization from Skopje. He is also a member and president of JEF Macedonia – the Macedonian national section of the Young European Federalists movement.