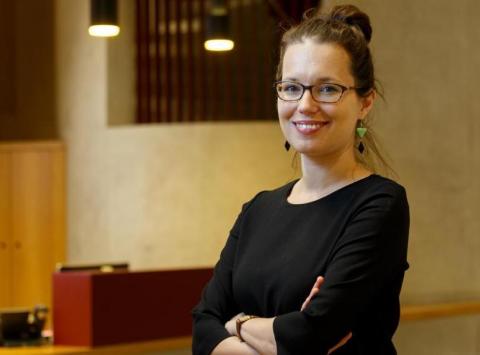 It was late winter, 2020. Erzsebet Strausz was in New York, and things were getting worrisome.

Covid-19 had arrived, putting the city in lockdown and snarling travel. A Department of International Relations alumna (IR ’08) and assistant professor, Strausz had her hands full trying to advise and keep safe a dozen CEU students studying at the Bard Globalization and International Affairs Program.

The crisis was particularly trying for her students – many in the U.S. for the first time and halfway around the world from campus. The news worsened hourly. Return seemed iffy. Study grew difficult.

“It was really quite nerve wracking,” Strausz recalled. “The most challenging thing for us was that planning wasn’t working.”

The pandemic would ultimately cut short their time in New York, prompting them to leave before the quarter ended. However, it also provided Strausz and her pupils a holistic, real-world study of International Relations – and themselves.

“My whole teaching philosophy spilled over into related terrain,” she said. “The biggest lesson: the value of resourcefulness.”

Strausz got resourceful, her lessons blending International Relations and writing instruction. Students kept handwritten journals, incorporating creative and even experimental writing into their work. Strausz led group meditation sessions with the students. Creativity, mindfulness and communication were emphasized. The cohort became a collective.

Strausz said the sense of community they had created empowered individual decision making during a stressful time. Return journeys were booked and by late March she saw the last of her students leave New York. (Many, including Strausz herself, were shuttled to the airport by CEU alumnus and NYC local Kossi Binesi Atchrimi.)

Strausz said she regrets that her students’ time in New York was cut short. Regardless, she’s glad she was there to mentor and support them.

“I feel like I accompanied everybody individually on their path,” she said. 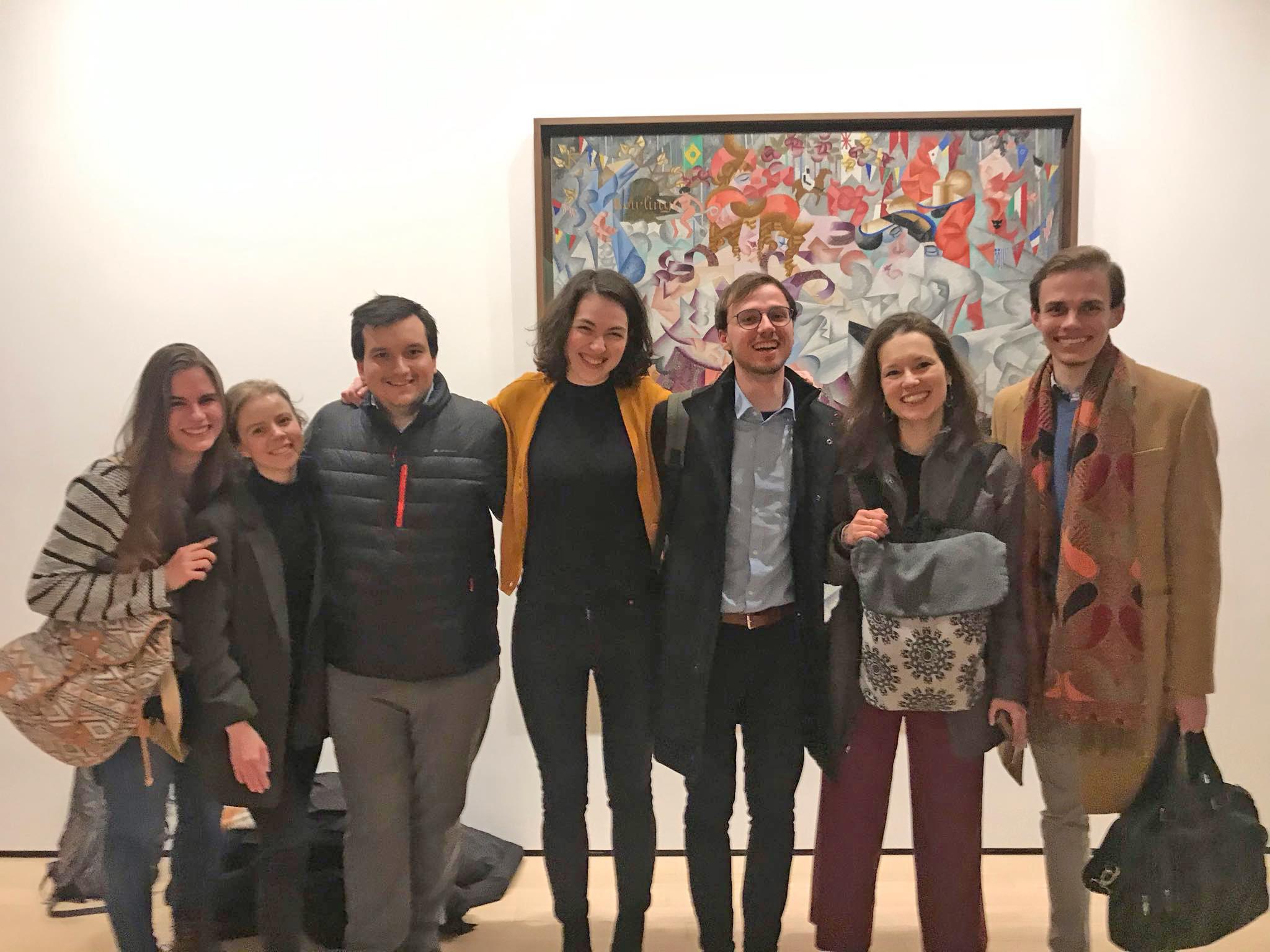 Strausz (second from right) with some of her students in New York.

After returning they nominated Strausz for this year’s CEU Distinguished Teaching Award. Letters of support were written, not just by her New York cohort but also PhDs she had supervised, artistic collaborators, meditation partners and others. Together, they submitted a nomination 90 pages long.

Meanwhile, Strausz issued her own reflective statement describing her courses, (including The Politics of (Un)Professional Cultures and Knowing, Narrating, (re)Writing International Relations) and her pursuit of “mindful pedagogy” and “curated learning journeys”. [ES1] (The latter having since earned her a book contract.) The unifying idea being to make International Relations relatable to students’ experiences and perceptions.

Kind of like what happened in NY earlier this year.

“I wanted them to study through their own experience,” she said. “Because of that, and how open they were to this, a different relationship unfolded.”

The award and the alumna

Strausz said she’s honored by the award, and the opportunity to teach at her alma mater. After graduating she taught at the University of Warwick, UK, before a “magical” opportunity to join the IR faculty presented itself three years ago.

Like many graduates, Strausz speaks fondly of her CEU student days – a time of learning a discipline and creating opportunity. Yet unlike most alumni, she now counts her former professors as colleagues.

Strausz said her melding of creativity and mindfulness not only enhances study of International Relations, but can empower during a crisis – be it in New York or Central Europe.

“This is what I teach,” she said. “To look into situations where we can learn something [and] see how people are actually able to do something productive in constraining, difficult situations.”