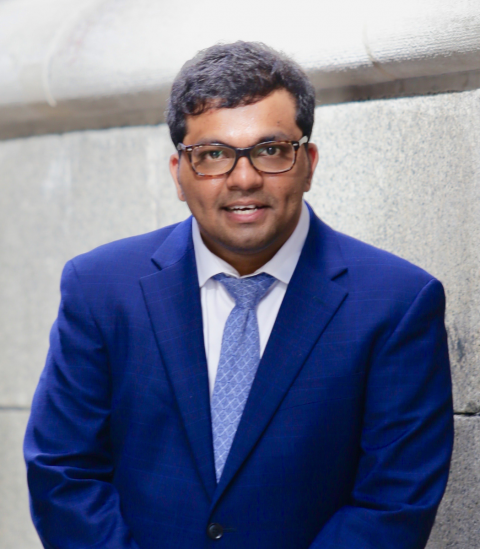 Born in Bardiya, Nepal, Sumesh witnessed the civil war of his country from early childhood. He studied International Relations at Pitzer College, a member of The Claremont Colleges in Claremont, California. During his time at Pitzer College, he also spent semesters at the University of Adelaide in Australia and at Bard College’s Globalization and International Affairs program in New York City. He has also worked at the Center for Constitutional Rights in New York and has received a research grant from the Andrew W. Mellon Foundation.

What is the one thing people should know about you?

In my free time, I like to observe the world and write analyses on what can be done to make this world a little better than it is. So far, my analyses have appeared in many prominent publications.

Why did you choose your course of study?

As someone who grew up witnessing the atrocities of the Nepalese civil war, I understand how important it is to safeguard the fundamental human rights of the most vulnerable among us and to advance human rights around the world. My interest and commitment  have motivated me to pursue a degree in human rights from the CEU Department of Legal Studies.

What do you hope to gain from your time at CEU?

During my time at CEU, I hope to not just learn about various international human rights laws but also to acquire a lifelong community. I hope to come back to CEU someday to mentor the next generation of world leaders and policymakers so that they can complete many of the things I could not.