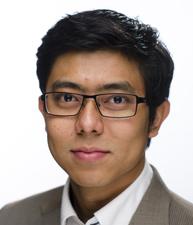 Htet Min Lwin (POLS’16) is Country Representative – Myanmar for the Forum of Federations, an international organization working on federalism and devolved governance. As a student, he was actively involved in student and youth affairs. His previous activities include research in politics and socio-economic development, and as a junior member of peace negotiation dialogues (2012-2014). He received his medical degree from University of Medicine, Mandalay and a master’s degree in political science from CEU. His interests are in the fields of religion and politics, federalism, culture and Burmese political philosophy.

In his own words: why volunteer for CEU?

Myanmar, my country, is now at crossroads of democratic transition. I would like to build a strong CEU alumni network at home promoting democratic values such as freedom of speech, freedom of association and academic freedom. I strongly believe a future CEU Myanmar alumni network will work for realizing these values which are at the very core of our university years at CEU.