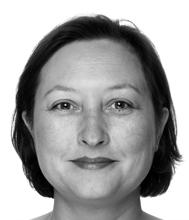 Zorana Gajic (MA, PolSci 1997) is working as Program Analyst within the Open Society Initiative for Europe (OSIFE) in the Open Society Foundations (OSF) hub office in Berlin. Zorana’s expertise is focused on the Western Balkans. She has over 25 years of experience as program manager in several international organizations, including the OSF (Higher Education Support Program), World Bank / IFC (Regulatory Reform in Serbia), and USAID and EU funded projects in the Western Balkans.

Why does she volunteer for CEU?

Zorana has been an active CEU alumna since her graduation. In her home country, Serbia, she was leading the CEU Alumni Chapter (2006-2012), and established CEU National Scholarship for students from Serbia. On the occasion of the CEU’s 20th Anniversary, in May 2011, she was presented the “CEU Alumni Hero” award.

Since her relocation to Berlin in 2019, Zorana engaged with CEU alumni in Germany and is supporting networking among alumni and CEU leadership, and information sharing about CEU in Germany.